If life was a thing money could buy, these 25 poorest countries in Africa would be either dead or on life support.

Poor leadership, massive embezzlement, and diversion of public funds, civil wars, international interference, years of unrest and poor economic and development policies are the most common causes of the poverty in these African countries.

These countries are ranked by GDP per capita adjusted for purchasing power. World Bank Data from 2014 were used to rank the poorest countries in Africa. The GDP per capita is calculated by dividing the gross domestic product by midyear population. GDP is the total of value added by all residents in the economy; product taxes added, and subsidies subtracted.

According to data retrieved from the World Bank Development indicators, the following countries are the poorest countries in Africa. 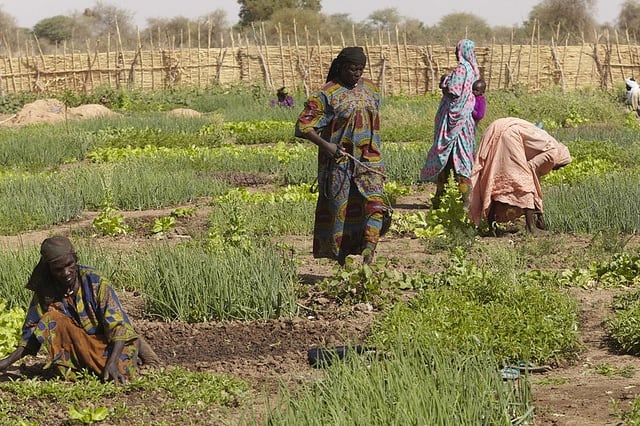 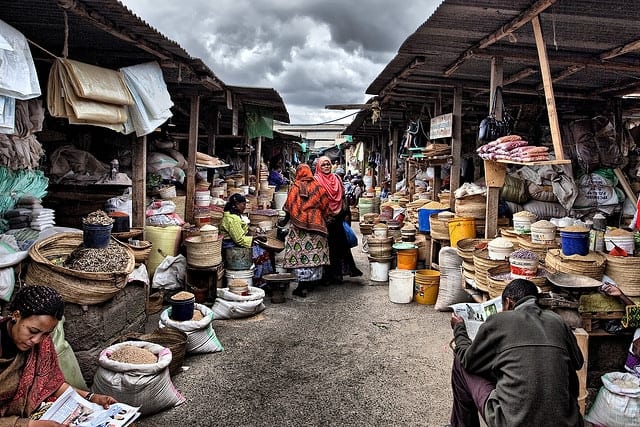 Tanzania is the second largest economy among the East African Countries. However, its heavy dependence on agriculture as a primary source of income makes Tanzania an economically unstable country. Widespread poverty and employment are Tanzania’s greatest economic woes. To arrest this issue, Tanzania is transforming its economy from a command economy to a market economy. 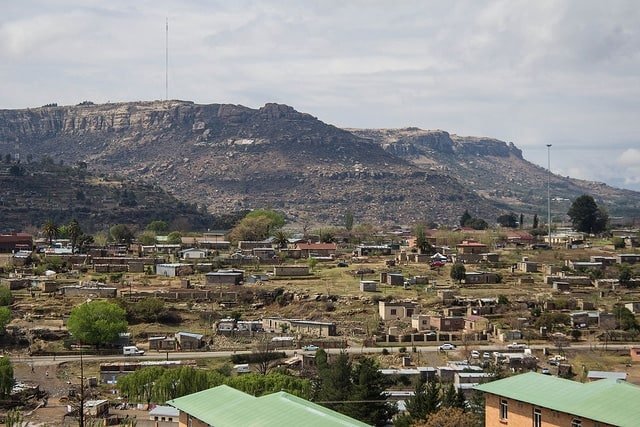 Lesotho’s economy is dependent on farming, livestock, mining and worker’s remittances. The country suffers from employment issues because the majority of its workers are females since males seek for foreign employment to earn a better income. Thus, the government is starting to implement lucrative domestic employment programs to prevent brain drain. 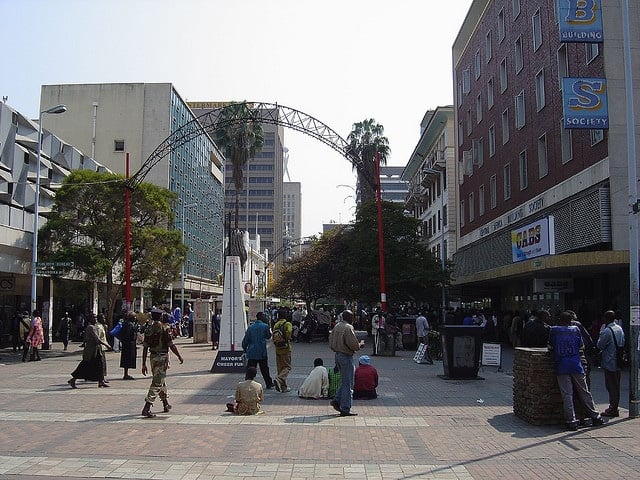 The country suffers from a severe unemployment rate of 80% due to its involvement in a war with Congo from 1998-2002. Hyperinflation is also a common economic threat in Zimbabwe. In 2009, Zimbabwe scrapped its local currency and replaced it with US Dollar and South African Rand; this helped put an end to end hyperinflation, but the manufacturing sector lost its competitiveness as it is now cheaper to import everything. 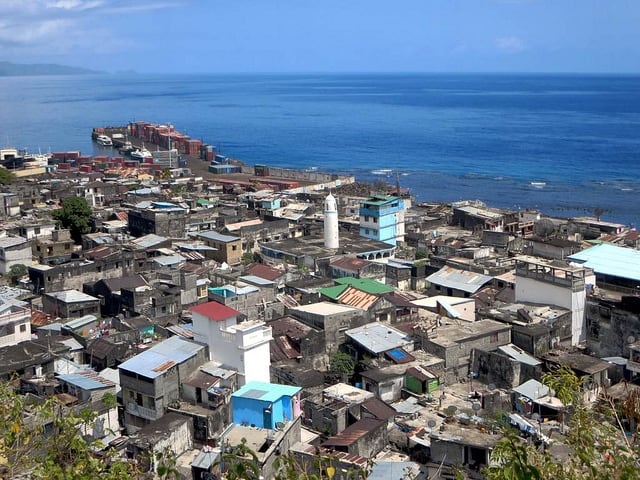 The country’s primary source of income is through agriculture, fishing and hunting. High unemployment, low educational levels and heavy dependence on foreign grants have made the economy a backward one. Comoros’s government is trying various strategies such as reduction in population growth, diversifying exports and upgrading education and training to strengthen the economy. 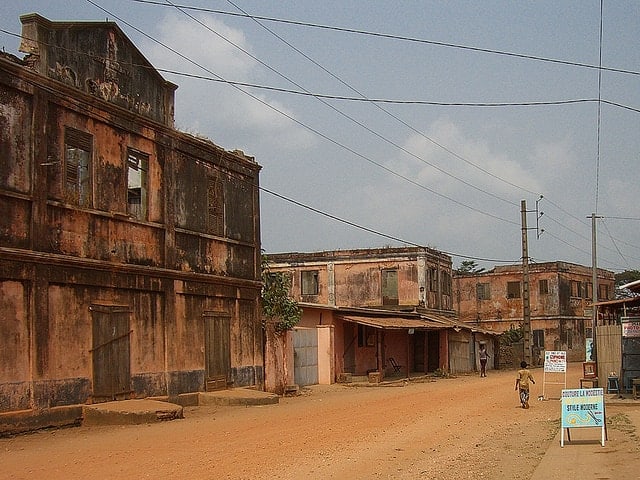 Its dependency on subsistence agriculture and cotton makes Benin an economically underdeveloped country. Although production rates are high, the profits are useless since most companies are foreign-owned and controlled. Therefore, Benin has invested on several local products such as cocoa, peanuts, and pineapples to secure profits. 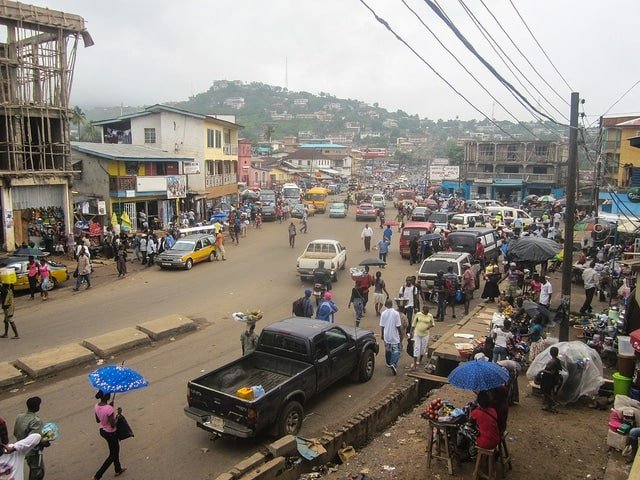 The agriculture sector employs two-thirds of the population. However, weak government support for the industry hinders any real growth. Its overdependence on mineral exploitation is major reasons for its regressive economy. Since the government believes that the nation’s ‘diamonds and gold’ are sufficient motivators for foreign investment, the country has not been developing or concentrating on other industries. 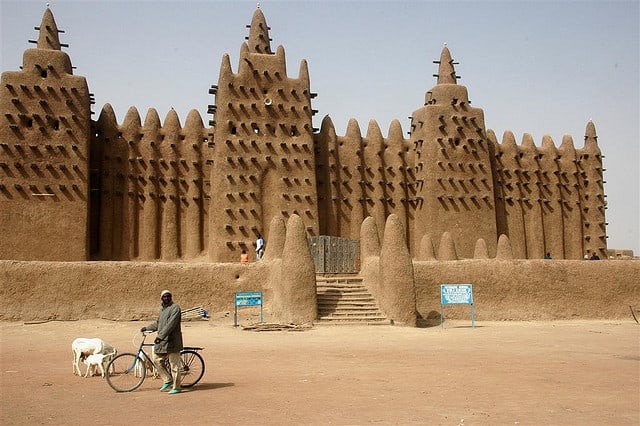 The local population mainly relies on agriculture as their means of survival. But since Mali is a primary recipient of financial aid from multilateral organizations, including The World Bank, it is deep in debt. Currently, authorities are developing the mining and fishing industry of Bali to ensure future financial security. 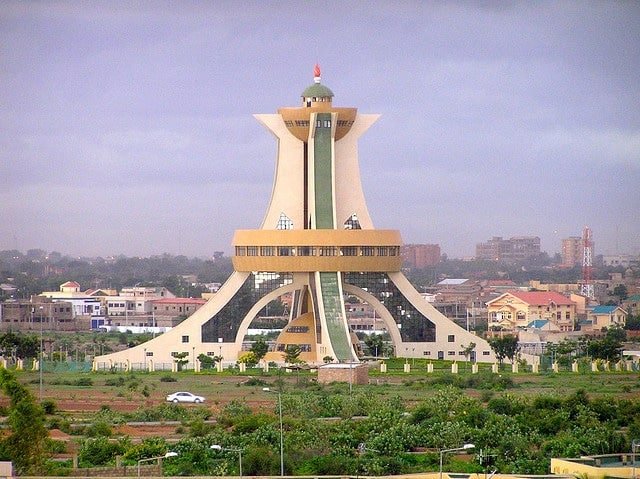 80% of the country’s economy is reliant on agriculture as their primary source of income. Due to highly variable rainfall and use of primitive tools, output has been low over the years. Furthermore, high population density, lack of resources and fragile soil are contributing factors towards Burkina Faso’s backward economy. Despite the country’s attempt to encourage private investment, maintain microeconomic progress and reduce trade deficit; it is still subjected to extreme poverty. 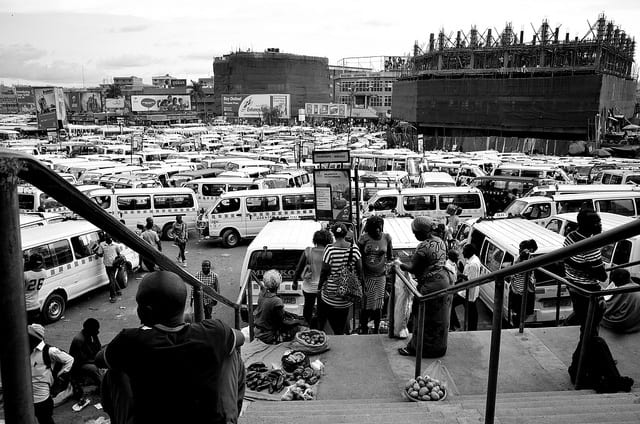 Even though Uganda possesses vast natural resources, ample fertile land, and sufficient rainfall, its economy is still indigent. Poverty in Uganda is mainly due to political instability and unorganized economic management. So, industrialists are trying to privatize industries in Uganda to make better use of its resources. 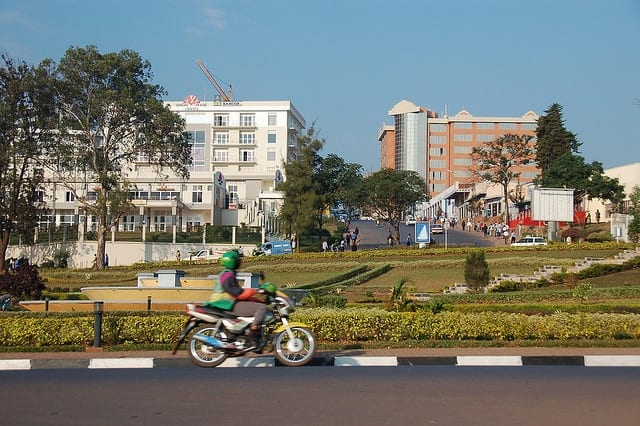 90% of the Rwandan population engage in agriculture as means of survival. Since the country is largely populated and is landlocked, access to natural resources is very small. Moreover, the noncompetitive industrial sector has failed to contribute toward its GDP in the past decades. Rwanda is currently managing its economy through the export of coffee and tea. 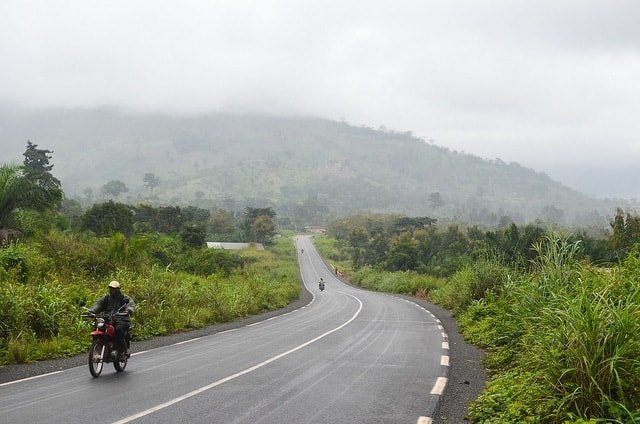 The primary economic activity of Togo is subsistence agriculture. Therefore, insufficient rainfalls and disastrous harvests have dealt a huge blow to Togo’s GDP. One of its main strength is that it has an active labor force. Investments in cotton cultivation are ongoing to provide an alternative source of income. 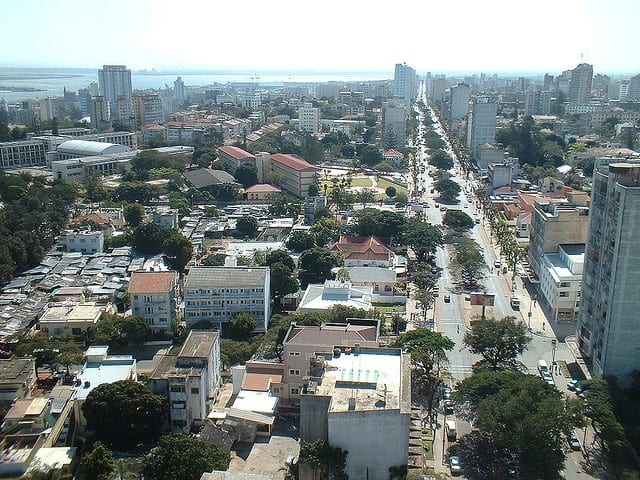 Subsistence agriculture continues to be the strongest source of income. Inflation and dependence on foreign financial assistance disrupt a steady growth in the economy. But on the other hand, the government has started several macroeconomic reforms including the latest investment in aluminum smelting. 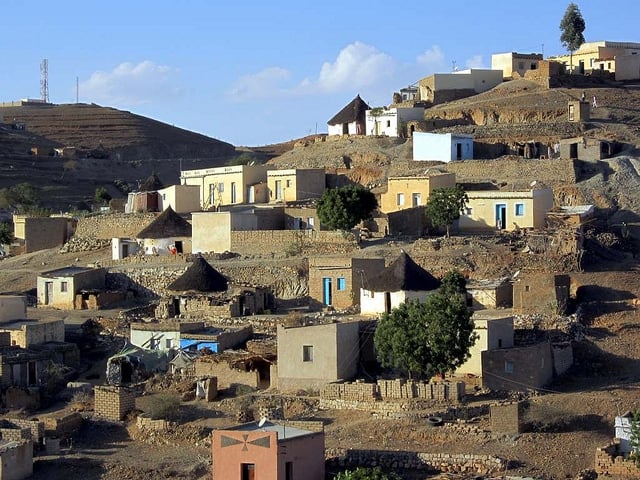 The country’s income generation is largely facilitated by exporting minerals such as copper, granite, gold and marble. Although it has a fast growing economy, 30% of the country’s GDP is through worker remittances from abroad. Therefore, the government is trying to increase domestic employment to reduce indirect foreign influence. 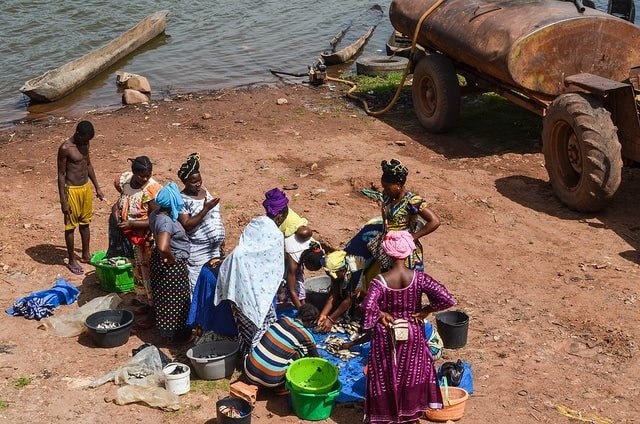 Situated in Western Africa, Guinea-Bissau is named as one of the poorest countries in the world. Its primary source of income is through agriculture and fishing. Frequent revolts and protests with the country often result in an economic crisis as a consequence of the destructive effects of the disorder. Over the recent years, the economy has started to flourish due to a steady increment in cashew crops and subsequent peanut exports. 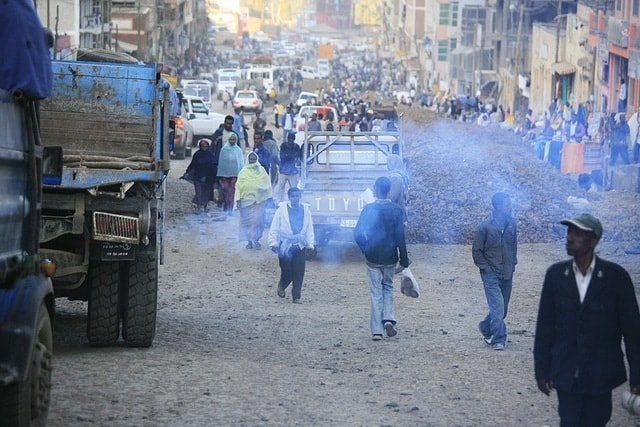 Agriculture is the primary industry and way of income accounting for 47% of Ethiopia’s GDP. A major drawback of the Ethiopian economy is its low employment rates because half of its population consists of minors. The government has been privatizing industries and properties to ensure a steady source of income in the future. 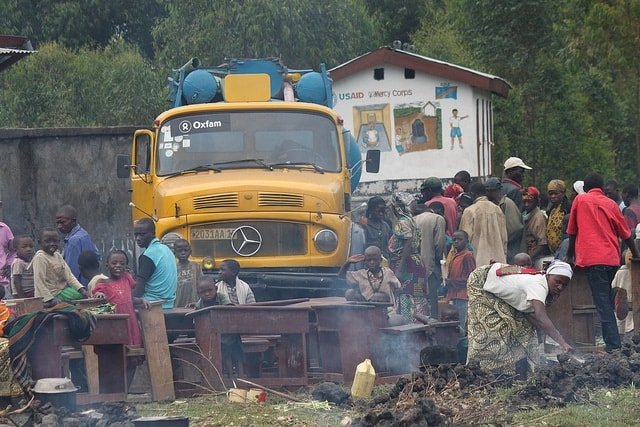 A significant share of the state’s revenue comes from hunting, agriculture, and forestry. The country has a vital petroleum industry which caters for both domestic usage and export purposes. But it also suffers from budgeting difficulties as well as excessive manpower which had resulted in unemployment. The current government is using modern technology to convert natural gas to electricity which offers high energy efficiency. 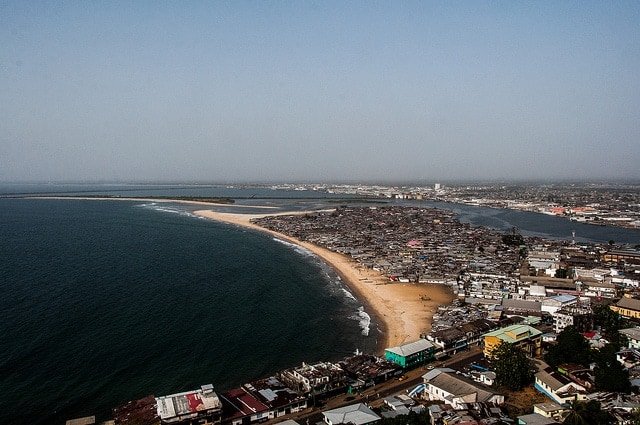 The country’s economy is largely dependent on agriculture and exports of raw materials such as iron ore and rubber. The primary reason for the poverty in Liberia is the economic consequences of the Liberian Civil War which resulted in the loss of capital, brain drain, and damaged infrastructure. Currently, the government is trying to develop the agriculture with the support of modern technology since resources and climate favor the industry. 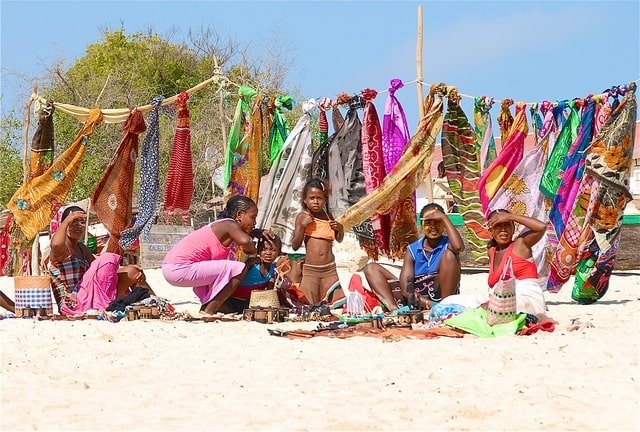 It has a stable income through its agriculture and mining industries. Availability of natural resources including crops and minerals has encouraged the exports industry as well. Despite these successes, the reason for Madagascar’s poor economy is the continuous political crisis which has deterred foreign investments. Thus, the tourism industry of Madagascar currently acts as their back-up revenue generator. 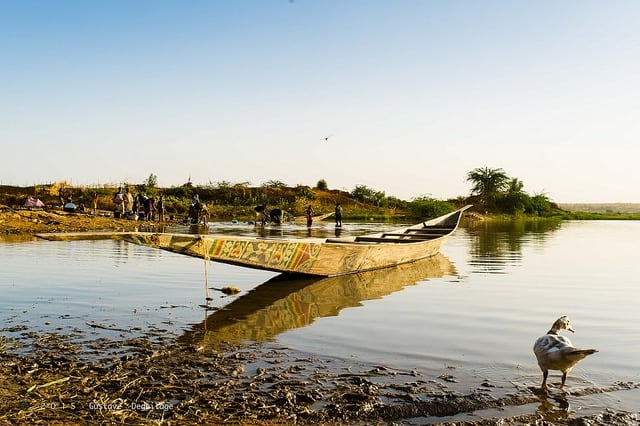 Niger’s economy is based on domestic production and foreign exports. It has a strong agricultural industry and wealth of minerals which support the economy. But on a negative note, a large part of its productions are exported to equally underdeveloped countries in Africa. In the recent past, the government has adopted lenient privatization policies to stabilize the state’s economy. 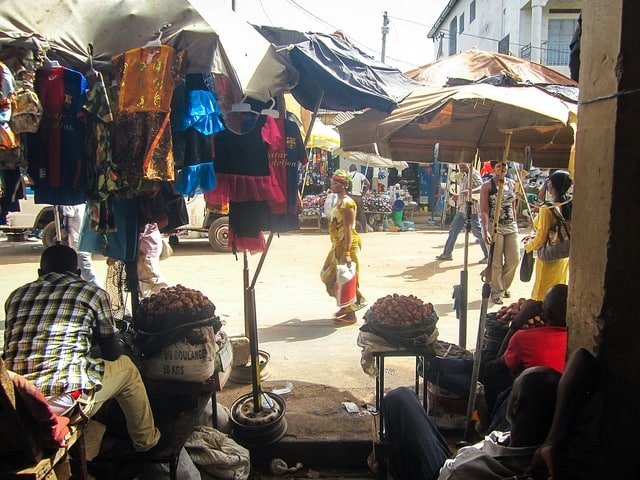 75% Gambia’s economy relies on livestock. The country lacks minerals, natural resources and agricultural land to enforce better production. The economy primarily relies on the help of international donors. Small businesses such as peanut production and fishing are being encouraged to help set the country towards a self-sufficient economy. 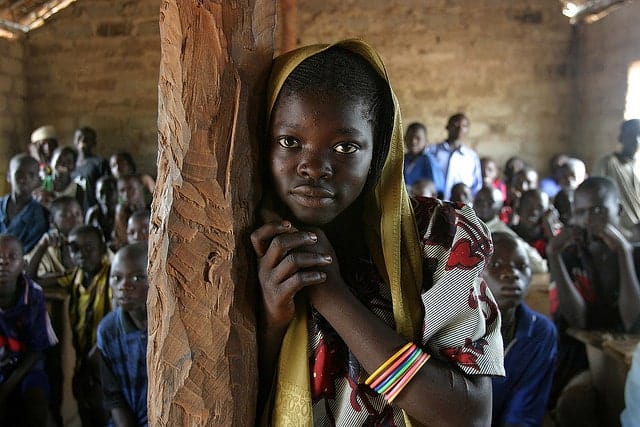 The war-torn Central African republic’s economy has been undermined by decades of political instability. Corruption has undermined the potentially profitable timber and diamond industries. The Central African Republic is one of Africa’s most unstable country; it has suffered various civil unrest since independence. The Substantial progress made towards stabilizing the country between 2008 and 2012,was lost when the Seleka rebel alliance ousted President Francois Bozize in March 2013. 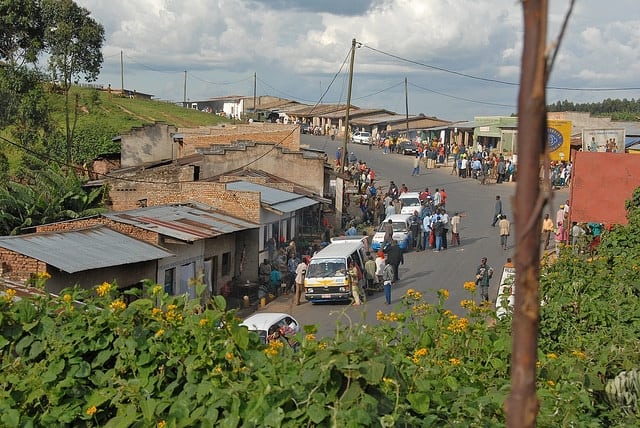 Agriculture has been Burundi’s primary form of survival; it accounts for 54% of its GDP and 70% of its labor force. The civil war, lack of resources, soil erosion, and the underdeveloped manufacturing sector are primary reasons for its stagnant economy. To ensure financial security in the future, the government is working on increasing self-sufficiency and access foreign aid. 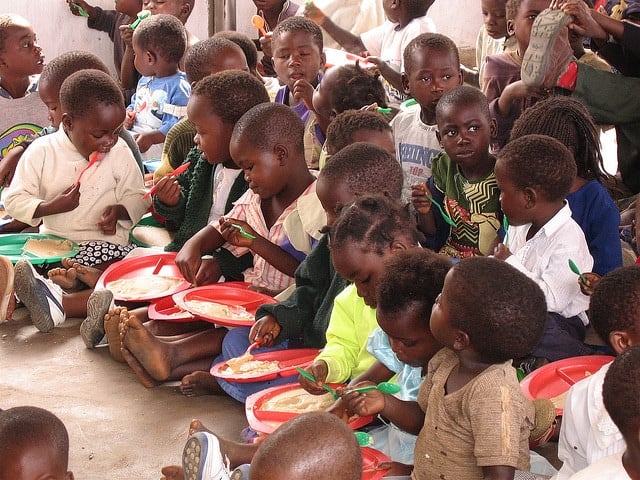 Since 90% of Malawians live in rural areas, their livelihood is based on the agriculture industry. The rapid growth of HIV/AIDS, deforestation and poor educational and inadequate health facilities in Malawi has resulted in a miserable quality of life in Malawi. Life expectancy age is around 50 years old. Going forward, Malawi is making considerable efforts to boost its low export earnings; it is looking to exploit its uranium reserves and explore Lake Malawi for oil and gas. 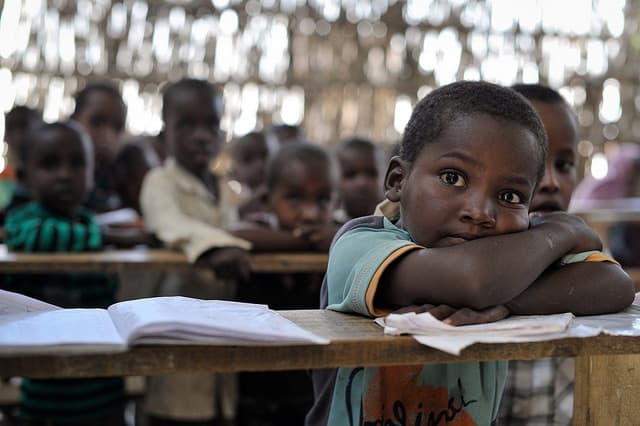 Named as a least developed country by the United Nations, Somalia is not only the poorest country in Africa, and it is the most impoverished nation in the world. Somalia’s economy relies on livestock, foreign remittance, and telecommunications. The ongoing civil war that started in 1986 is one of the main reasons for economic underdevelopment since the armies use most resources meant for development to prosecute the war.